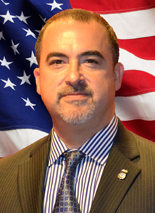 Lazaro "Larry” Cosme
National President
+
Lazaro "Larry” Cosme – National President
Larry Cosme began his Federal Law Enforcement career in 1992 with the former INS. He is currently employed by ICE as a Senior Special Agent in the Office of the Special Agent in Charge for D.C. (SAC/DC) at RAC/Harrisonburg, Virginia. His areas of responsibilities covers Washington D.C. and the Commonwealth of Virginia. In 2005, Mr. Cosme was elected to serve as FLEOR''s Immigration and Customs Enforcement (ICE) Agency President. He was serving his second term as ICE Agency President when he was elected as FLEOR''s National Vice President of Operations.Mr. Cosme has also served Law Enforcement Officers in different capacities, as President and Executive Vice President of local 2149 with the American Federation of Government Employees, National INS Council. During his tenure in these positions, he negotiated agreements that ranged from Contracts, Memorandums of Understanding, Alternate Work Schedules, and Disciplinary Disputes between labor and management.

Mr. Cosme possesses a Bachelor of Science Degree in Criminal Justice with a Law Enforcement concentration from New Jersey City University. Mr. Cosme also attended training in Management and Labor relations at Rutgers University, sponsored by the American Federation of Government Employees, received training from the Federal Mediation and Conciliation Service in dispute resolution, and has completed training provided by Arbitrators from the American Arbitration Association sponsored by AFGE. 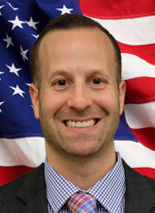 Mr. Silverman has held several elected positions with FLEOA including Vice President and President of Chapter 45 in Maryland. Additionally, Mr. Silverman currently functions as Agency President for the USMS and has been appointed by the FLEOA National Board to serve as the Executive Vice Chair of National Legislation.

Mr. Silverman earned his Master’s degree of Arts in Criminal Justice and a Master Degree of Arts in Human Resources Management, Law Enforcement Studies. Mathew is a Graduate of the United States Army Command and General Staff College (CGSC), and the New Jersey Chiefs of Police Command and Leadership Academy. 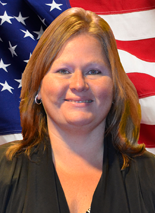 Since 2008, she has served as a Chapter 1 officer. She has held the positions of Secretary, Vice President and Executive Vice President.In 2015, she joined the National Board as Treasurer. 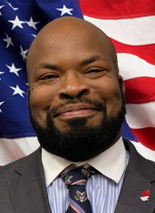 Bruce has been a member of FLEOA for more than 10 years. During that time he served as the Puerto Rico Chapter President. While in Puerto Rico, Bruce was able to increase chapter membership and organize many outreach activities throughout the island.

Bruce is an Eagle Scout and also the recipient of the International Association of Chiefs of Police 2018 40 Under 40 Award. Bruce is also a graduate of the 254th session of the FBI National Academy. 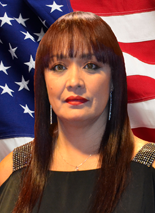 In addition to serving as FLEOR''s National Secretary from February 2011 to October 2019, Ms. Febus serves on the editorial board of The Eighteen Eleven and The FLEOA Foundation Scholarship Committee.

Ms Febus graduated with a Bachelor's degree in Social Work from the Interamerican University of Puerto Rico and a Masters Degree in Criminal Justice from John Jay College of Criminal Justice in New York City. 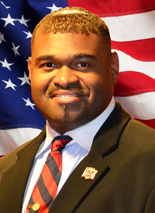 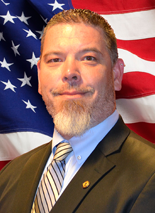 He has been a FLEOA member since 2008 and has served as Chapter 21 (Michigan) President since. In October 2012, he was appointed to his current position on the national board. 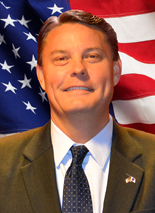 Mr. Heinbach’s proudest FLEOA moment was coordinating the donation and delivery of over 500 pairs of boots for those law enforcement officers that were affected by the Katrina and Rita hurricanes.

Mr. Heinbach began his career in federal law enforcement for the United States government as a Special Agent in 1991. In the course of his 24 year career, he has been named an expert in both narcotics and white collar criminal investigations. He has traveled throughout the nation instructing Special Agents in investigative techniques. He also has served as a defensive tactics instructor, firearms instructor and is a certified tactical instructor. He also continues to train LEOs in the use impact weapons, less than lethal systems, and simulated training. He has his Bachelor of Arts Criminal Justice degree from John Jay College of Criminal Justice, NY and Associates of Arts Criminal Justice degree from Union County College, NJ. 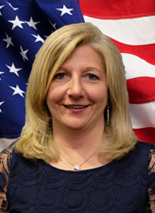 Shortly after joining FLEOA, Elizabeth became a member of the Awards Committee. In this capacity she has reviewed thousands of award submissions throughout the years.

Elizabeth is a graduate of St. John’s University in NY. Upon graduation she became an Investigator for the City of New York Law Department, Office of the Corporation Counsel where she worked for seven years. Prior to joining DS, she was a U.S. Probation Officer for the Eastern District of New York.

Elizabeth served in Washington D.C. and Beirut, Lebanon for DS. She currently is an Assistant Special Agent in Charge in DS New York Field Office. 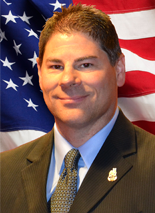 Mr. Catura has been a special agent with the United States government for over 25 years. During his distinguished career, Mr. Catura has received several meritorious awards for investigative excellence. Mr. Catura also serves as an Adjunct Instructor for the Inspector General Academy in Glynco, GA. He has a Bachelor of Arts degree from the University of Wisconsin - Eau Claire. 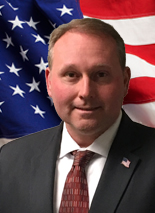 Mr. Dillinger began his federal law enforcement career in 1999 and is currently with the U.S. Department of Justice, Office of the Inspector General serving as the Headquarters Assistant Special Agent in Charge for Enforcement Operations and Training. Mr. Dillinger holds several instructor certifications from FLETC and has been involved with special agent training since 2001. He graduated with a Bachelor’s degree in Criminal Justice Administration. 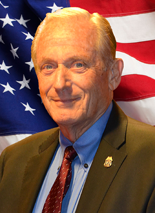 Stan has a BA in Political Science from Wayne State University and a Master's Degree in Public Administration Criminal Justice from the University of Southern California.

Stan's law enforcement career consists of 22 years as a United States Probation and Parole Officer, Central District of California serving in Los Angeles and Santa Barbara. Since retiring, Stan serves as a member of the Board of Directors of INTELLENET (International Intelligence Network) an organization consisting primarily of retired Federal agents that are involved in conducting security and private investigations in the United States and in many foreign countries. In addition Stan has been appointed by the Santa Barbara County Board of Supervisors as a member of the Santa Barbara County Fire Board of Appeals. 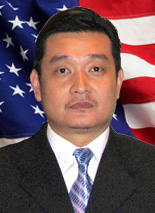 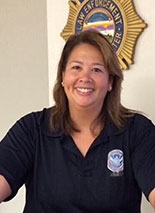 Dr. Kanokogi is a 5th degree black belt in Judo & a former member of the US National Judo team. She is the co-author of her mother’s memoir, "Get up & Fight” and has authored numerous mental health and law enforcement related articles in various professional publications including FLEOA’s Eighteen Eleven Journal. She has been a consultant for movie and television programs. She holds a B.S. and M.A from John Jay College of Criminal Justice and earned her PhD in the study of Psychology in 2018.