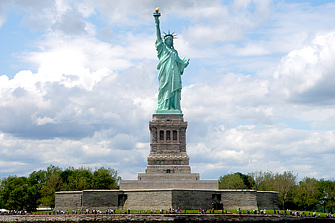 FLEOA History
FLEOA, founded in 1977, is a volunteer organization. Born out of necessity by a group of concerned agents from Customs, IRS-CI, TIGTA, FBI and INS, FLEOA's primary tenet was, and still is, legal assistance and representation is only a phone call away.

The FLEOA Legislative Machine prevailed with the hard-fought passage of H.R. 2146 (TSP bill), P.L. 114-26). On June 29th, 2015, the FLEOA initiated TSP bill, Defending Public Safety Employees' Retirement Act, was signed into law. Those under the law enforcement retirement system will now be able to access their TSP at age 50 without incurring the IRS 10% penalty; same as our state and local counterparts.

Congress also passed the Investigative Assistance for Violent Crimes Act of 2012, an initiative strongly supported by FLEOA and the FBIAA. The bill authorized the Attorney General and DOJ and DHS law enforcement agencies to assist in investigating mass killings and other violent acts in public places. The bill was passed on January 1, 2013 after FLEOA advocated for the removal of an anonymous hold. The President signed it into law on January 14, 2013.

FLEOA accomplished a legislative victory with the ATF Special Agent Will Clark inspired Officer Safety Act. FLEOA drafted the position paper for the Officer Safety Act of 2012, a bill to allow removal to federal court by a law enforcement officer who is charged in connection with a personal time effort to stop a violent crime or assist an individual who has suffered. The Act was attached as an amendment to the National Defense Authorization Act for Fiscal Year 2013, which was passed and signed by the President on January 2, 2012.

The Whistle blower Protection Enhancement Act of 2012 was signed into law on November 27, 2012. In recognition and honor of our fallen ICE hero, the Jaime Zapata Border Enforcement Security Task Force Act was passed on December 7, 2012.

As the lead federal law enforcement association advocating this important legislation, FLEOA's unified voice led to the Special Agent Samuel Hicks Families of Fallen Heroes Act being signed into law on June 1, 2010 (P.L. 111-178). Thanks to FLEOA's advocacy, this important legislation covers all federal law enforcement officers. On January 2, 2011, the voice of the FLEOA membership prevailed when President Obama signed the James Zadroga 9/11 Health and Compensation Act of 2010 into law. FLEOA was also the lead federal advocate for its Retired Members in helping to get the LEOSA Improvements Act of 2010 passed on October 12, 2010.

FLEOA's advocacy, this important legislation covers all federal law enforcement officers. On January 2, 2011, the voice of the FLEOA membership prevailed when President Obama signed the James Zadroga 9/11 Health and Compensation Act of 2010 into law. FLEOA was also the lead federal advocate for its Retired Members in helping to get the LEOSA Improvements Act of 2010 passed on October 12, 2010.

On July 31, 2008, FLEOA scored a monumental achievement when its initiated proposal, The Badge of Bravery, was signed into law (P.L. 110-298). FLEOA was also instrumental in the passing of the Federal Retirement Reform bill (P.L.111-31), a.k.a. FERS Sick Leave Credit bill. FLEOA's sustained efforts also led to the Secretary of Commerce hosting a signing ceremony for the issuance of retiree credentials for its agents and officers. FLEOR's membership has also been instrumental in increasing the death benefits for federal law enforcement officers; increasing premium pay for 1811s to 25% of a criminal investigators actual grade; passage of Law Enforcement Availability Pay (LEAP) in 1994; extending LEAP for Special Agents of the Bureau of Diplomatic Security in 1998; passage of the Degan Bill, which provides scholarships for spouses and children of those killed in the line of duty; passage of the Federal LEO Good Samaritan Act; and passage of the Congressional Medal of Honor for Law Enforcement.

For the 114th session of Congress (2015-2016), F.L.E.O.A. will advocate strongly for the protection of our pay and benefits, and weigh in on LEO safety issues. Specifically, FLEOA will support its initiated bills: H.R. 2137 to ensure agencies don't disarm LEOs during a government shutdown; H.R. 2254 to ensure Uniformed Officers receive the LE retirement benefits; H.R. 1702 to ensure uncompensated 'max-out' wages are added to a LEO's high-three for their annuity calculation; propose legislation to reposition IRS-CID under direct line to the Treasury Secretary; propose legislation to reposition the FAMS under DHS; propose legislation to provide third party arrest authority for Probation/Pretrial Officers and LEAP; support efforts to lift the paycap for USSS LEOs during a campaign year; support Retired Members on issues associated with LEOSA/H.R. 218.